Teen suicide: 13 Reasons Why Not 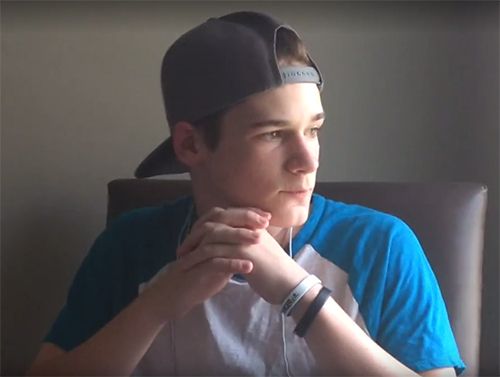 In the month since its Netflix release, “13 Reasons Why” has drawn both accolades and criticism for its no-holds-barred portrayal of a suicidal high school student bullied and abused by her classmates.

Based on the young adult novel by Jay Asher, “13 Reasons Why” has been described as "unflinching and raw ," "dangerous," and "authentic, uncensored.”

Selena Gomez, executive producer of the series, said she wanted to adapt the story for television to help people, “because suicide should never be an option.”

In 2014, suicide was the second-leading cause of death for ages 10 to 24, according to the U.S. Centers for Disease Control and Prevention. One in three U.S. students say they have been bullied at school.
With statistics such as those as a backdrop, it's easy to understand how “13 Reasons Why” has inspired new conversations about bullying and teen suicide.

Yet the dialogue stirring among teens stands in sharp contrast to the isolation experienced by the main character, Hannah Baker. In one episode, she speaks posthumously to her friend, Clay, saying all she needed from him was a “lifeline.”

We talked to teenagers throughout Central Pennsylvania about creating a lifeline for their friends and classmates who are depressed or anxious, who self-harm, or would consider ending their lives. What would they say, we asked, to persuade teens that suicide isn’t the answer?

From their thoughtful responses, we compiled 13 Reasons Why Not:

Whether it takes places in schools, businesses or other organizations, bullying can have grave consequences. Family Design Resources can help you prevent it. For information on how our experts can assist with training and consultation to prevent bullying , please contact the program office at 717-236-8570.